Altoona is a city built by the Pennsylvania Railroad.
Cities usually grow to maturity and then sprout suburbs. With Altoona, it was the opposite. The suburban towns are older than the city and form a larger community. In 1849, Altoona was farmland, a little hamlet in the mountains of central Pennsylvania. The site was chosen by the railroad for
locomotive repair shops. Situated at the eastern base of the Allegheny Mountains, Altoona was destined to become the largest railroad yard in the world. The complex occupied 217 acres and included two huge roundhouses. Centered around the railroad, the city and its population grew. In this historic city were various shops that provided employment to early settlers and the old furnaces of the ironmasters. Also here were the Logan House hotel, where a meeting of governors saved the Union, and Cricket Field, where great athletes from across the country competed. Over the years Altoona has been visited by not only presidents and statesmen but also celebrities of stage and opera. It is home to the world-famous Horseshoe Curve and to Lakemont Park, which has the world’s oldest roller coaster. 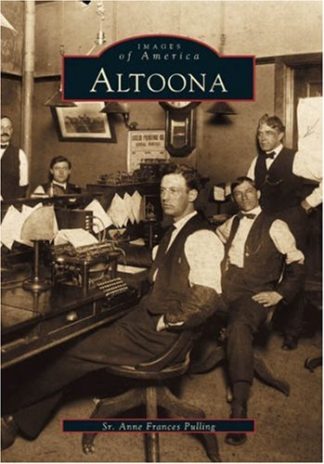