What came to be known as the World’s Columbian Exposition was planned to commemorate the 400th anniversary of Christopher Columbus’s 1492 landfall in the New World. Chicago beat out New York City, St. Louis, Missouri, and Washington, DC, in its bid as host―a coup for the Windy City. The site finally selected for the fair was Jackson Park, originally designed by Frederick Law Olmsted and Calvert Vaux, a marshy area covered with dense, wild vegetation. Daniel H. Burnham and John W. Root were selected as chief architects, creating the famous White City. The fair featured several different thematic areas: the Great Buildings, Foreign Buildings, State Buildings, and the Midway Plaisance, a nearly mile-long area that featured exotic exhibits. The exposition also showcased the world’s first Ferris Wheel and introduced fairgoers to new sensations like Cracker Jack, Pabst Beer, and ragtime music. The World’s Columbian Exposition, covering 633 acres, opened on May 1, 1893. Admission prices were 50¢ for adults, 25¢ for children under 12 years of age, and free for children under six. Unfortunately, by 1896, most of the fair’s buildings had been removed or destroyed, but this collection takes readers on a tour of the grounds as they looked in 1893. 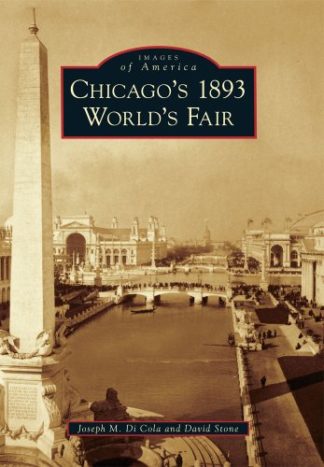