The Orange County coast had its Joy Zone and its Fun Zone in the early decades of the 20th century. Knott’s Berry Farm sprouted from a simple berry stand in Buena Park. The spot that would become Walt Disney’s theme-park empire began as a citrus grove in Anaheim. Before long, Orange County was recognized as the nurturing ground for the growing amusement park industry. This book concerns the early history of such parks in the county east and south of Los Angeles, before high-tech digitization, when custom cars, enormous alligators, stunt planes, dolphin leaps, and movie stars’ wax likenesses thrilled patrons. Some amusement parks have come and gone over a century of development, and some are still here, changing with the times to create new adventure and excitement for park goers. 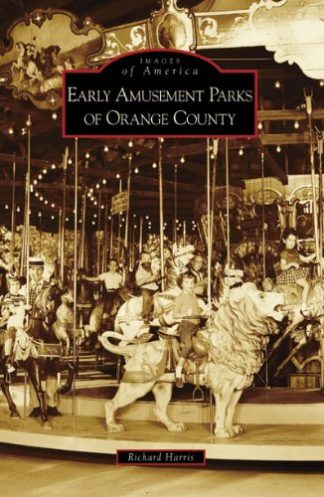