In nearly a century of heavy rail travel in Ohio, a dozen train accidents stand out as the most horrific. In the bitter cold, just after Christmas 1876, eleven cars plunged seventy-five feet into the frigid water below. The stoves burst into flames, burning to death all who were not killed by the fall. Fires cut short the lives of forty-three people in the head-on Doodlebug collision in Cuyahoga Falls in 1940 and eleven people in a train wreck near Dresden in 1912. Author Jane Ann Turzillo unearths these red-hot stories of ill-fated passengers, heroic trainmen and the wrecking crews who faced death and destruction on Ohio’s rails.

Be the first to review “Ohio Train Disasters” Cancel reply 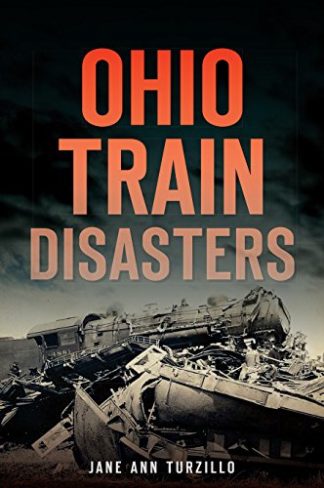