The Great Northern Railway Through Time takes us on a tour of the American Northwest―the last American frontier―from St. Paul, Minnesota, to Seattle, Washington. The Great Northern opened up the Dakotas, Montana, Idaho, the dramatic Cascade Mountains of Washington and the Continental Divide at Marias Pass. President James J. Hill intended the Great Northern to be a freight hauling road, but tourists riding on the GN’s premier passenger train, The Empire Builder were delighted by the prairie, the farmland, the Big Sky Country, the mountains, and Glacier National Park. The G.N.’s reputation grew. Today, Amtrak’s Empire Builder traverses the same territory. The Great Northern Railway Through Time presents photos taken over the course of seventy five years by photographers of the era. The author has provided ample photo captions pointing out features that have changed over the years and features that have ​stayed the same. The early photos are fresh―never before published. The more recent shots were made by twenty of America’s finest rail enthusiast photographers. 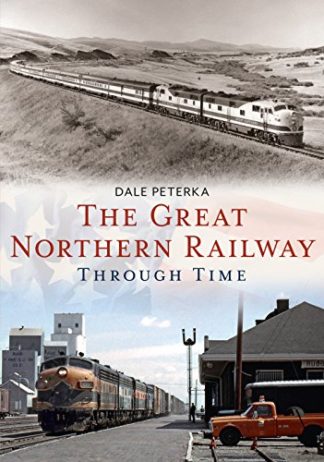